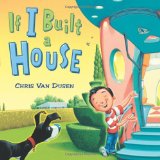 The Ladybug Picture Book Award is designed to promote early literacy and honor the best in recent children's picture books. A committee of children's librarians from around the state selects 10 picture book titles early in the year. Then, during Children's Book Week in November, New Hampshire children from preschoolers to those in third grade choose the award winner. The winning picture book is announced at the end of the year. The author and illustrator of the winning book will receive a crystal award created by Pepi Herrmann Crystal.

To be considered for nomination, a picture book must meet the following criteria:

2014 Nominees:
Click on title to see the book in the library catalog.

Back to the Top

The Cocheco Readers' Award is sponsored by the Children's Librarians of Dover, New Hampshire. The award is named after the Cochecho River which runs through the heart of Dover. This award will be given each year to an author whose book receives the most votes from third and fourth graders in Dover. We have chosen 25 titles published within the last three years. The criteria for selection are quality of writing and child appeal. Children are required to read or listen to at least three of the titles on the list in order to vote. Children will vote for their favorite book during National Library Week in April. The voting will take place in the school libraries. Ballots will be available at the Dover Public Library for home-schooled children and those attending private schools.

The Great Stone Face Book Award was established in 1980 and is named for a natural rock formation that used to be in the White Mountains of New Hampshire. It is sponsored by CHILIS (Children's Librarians of New Hampshire), a section of NHLA. The award is given annually to an author whose book receives the most votes from fourth through sixth graders throughout the state. Winning authors receive a hand-cut crystal etched with the Great Stone Face design by master craftsman, Pepi Herrmann.

Find them: In our catalog (Read about them: Dover Library's GSF Nominee Descriptions)

Back to the Top